As our email reminders often get missed or filtered, we would like to send you notifications about new sign ups, books you've been selected to read and missing reader forms. After clicking CONTINUE, click ALLOW on the next popup to enable these. You can always change your mind later, or modify which notifications you receive.

Science Fiction readers often categorize books into one of two camps: Hard SF and Soft SF.  Hard SF generally means that the story focuses more on the science and making all of the SF elements plausible and realistic, while Soft SF doesn’t delve as deep into the details of how something works or even worry about whether it’s theoretically possible.  But whether you write hard or soft science fiction, the story itself has to be believable (even if the science itself isn’t), which means not forgetting to pay attention to more than just the weird and wonderful world you’ve come up with.  Today, Science Fiction author Larry N. Martin takes us through his process of weaving a believable story within his futuristic universe.

There is no single answer to the question of how do you write believable Science Fiction. Readers are as unique as writers in what draws them to a story. Some want hard-core science to play the lead role and others want science as part of the fabric of the universe. I prefer the second and use science as the setting, focusing the story on the people, relationships, and their struggles.

The universe for the story Salvage Rat is a future society that isn’t Earth-focused and is told after humans have spread across the stars, building colonies, and exploring new worlds. Space travel, communications, and weapons are what might be possible someday. The theoretical future is the backdrop and provides the props for what the characters see and use in their journey. I am not a scientist and don’t try to introduce scientific theories or try to educate my readers. I do, however, research and try to use plausible science as we understand it. In preparation for this book I turned to several works by Michio Kaku to understand the tropes used in modern Space Operas and which ones were theoretically plausible.

My other consideration in making the story believable is that science is not perfect. Developments and technologies still have flaws and weaknesses. Systems may be fragile or prone to failure as the brilliant minds of that day continue to strive for something better. Accidents happen, businesses cut corners, products are pushed to market before they are ready. I believe that part of being believable is making it fallible.

With a story that is primarily focused on the people, I think it is important to consider what remains universal in interpersonal relationships. The relationships and conflicts are influenced and complicated by the technology and the challenges of living in space and having citizens and resources spread across galaxies. For the science to be believable, it must be woven through the story in small ways as well as large. If you have regular space travel and colonies interacting across the universe, then day-to-day items need to have progressed as well. I assume that the characters still need companionship, still fall in love, have to earn a living, have skeletons in their closet and have histories they may or may not be proud of. Perhaps the technology helped or hindered how they got to where they are.

I also took inspiration for the book from the most current movies and series that are familiar to readers and would have set their expectations on how we currently think of space travel, weapons, and the societies of tomorrow. I do not wax poetically about weapons or drive systems, but they do exist and they are necessary for the characters to carry out their mission. If I do my job right, the reader won’t focus on the science but rather accept that it works and get caught up in the adventure.

When working on a story, whether my own, one I’m co-authoring, or even those I’m working on behind the scenes, I try to immerse myself in the world with what I view and read. I am a visual person and having a picture of characters, the world, and its elements help me tell the story. For Salvage Rat, I dedicated my pleasure reading to science fiction and turned to every “space” movie I could find on streaming services. For this book, it included The Expanse, Dark Matter, Altered Carbon and books by David Weber, Dan Simmons, and David Drake among others. A single image or situation will sometimes take hold, and my mind will start writing an entire story or a scene based on “what if?”

Members of Hidden Gems review program are being offered Salvage Rat for free to read and review this weekend, but for everyone that misses it or doesn’t sign up in time, you can always read an excerpt of it right here.

Larry N. Martin is the author of the new sci-fi adventure novel Salvage Rat and the portal fantasy adventure The Splintered Crown. He is the co-author (with Gail Z. Martin) of  the Spells, Salt, and Steel/New Templars series; the Steampunk series Iron & Blood; and a collection of short stories and novellas: The Storm & Fury Adventures set in the Iron & Blood universe. He is also the co-author of the upcoming Wasteland Marshals series and the Joe Mack Cauldron/Shadow Council series. You can find Larry on Twitter, Facebook, his website or join his Shadow Alliance street team for new release info, giveaways and more.

Successful Self-Publishing – It’s All About the Conversions 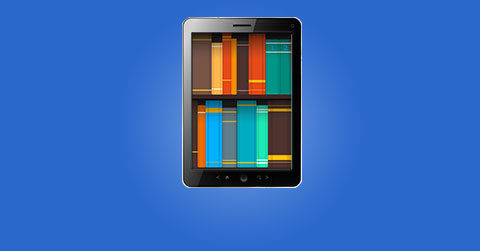 Read Books by Your Favorite Authors. For Free.

More From the Blog